August 23, 2018 139
A 23-year-old man, who has been bragging online of his alleged sex encounters with minors has been arrested in Mpeketoni, Lamu County, Kenya.
William Hanga Mwazonbo, a guard at a security firm was picked from his workstation by police Wednesdayevening, after they were tipped off about his whereabouts.
A team of detectives tracked him to a bank where he works as a guard. He will be brought to Mombasa for profiling and prosecution.
Director of Criminal Investigations said they are investigating if the issues he posted online were real. 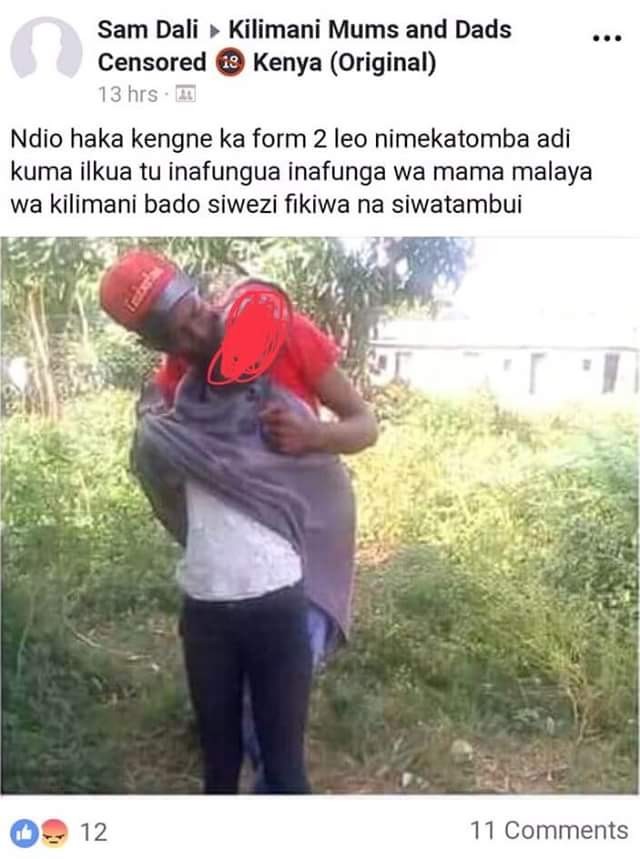 In photos that have gone viral on social media, the man boasts that he is untouchable by the police.
One of his victims in the photos appears to a girl between five to six years, while another is in her mid-teen years. 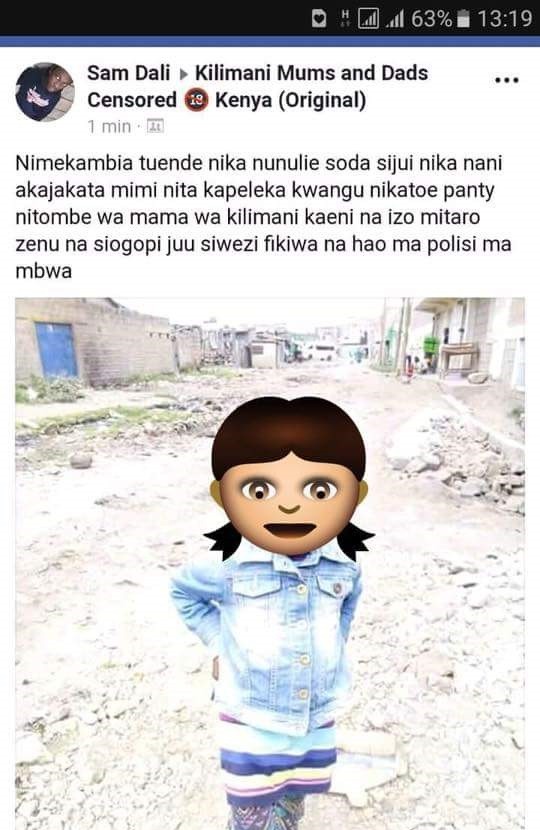 The photos are captioned with stomach-churning details of how he lured his victims into his trap and what he did to them.
Police say it is unlikely the man slept with the girls but investigations are ongoing.
The suspect supposedly studied Criminology at Pwani University as seen on his Facebook profile. 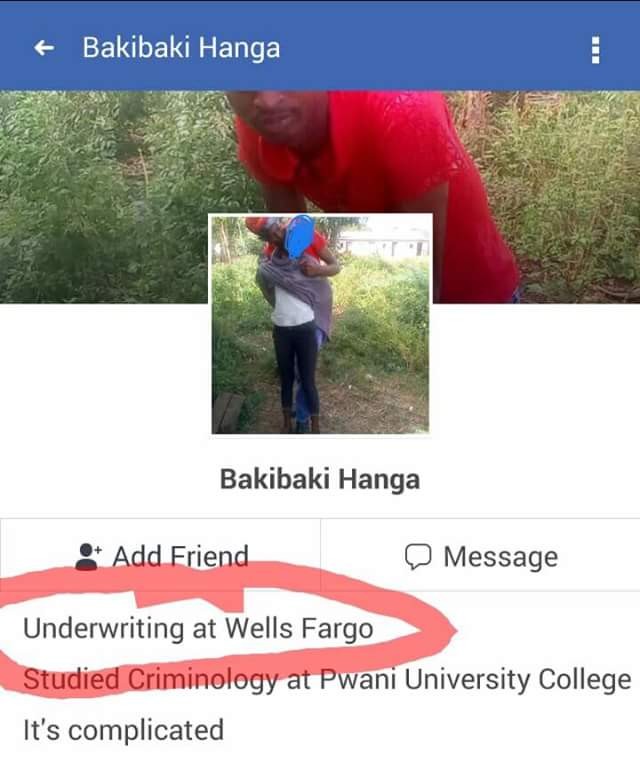